If you're a teenager who is enrolled in co-ed summer camp for the first time, you're undoubtedly excited. The idea of being away from home and your parents for several nights, hanging out with friends and members of the opposite sex, and getting a chance to enjoy new experiences can all be a thrill that you remember for years. It's important, however, that you behave in an appropriate manner so that your parents don't receive a phone call midway through camp with complaints about your actions. This is a big opportunity for you, but you need to remember that there are plenty of rules that you need to follow. Here are some examples.

Stay Out Of The Other Gender's Dorms

Co-ed summer camp gives you a chance to hang out with boys and girls, but you need to respect the rules of allowing privacy where the campers sleep. Generally, male campers will be assigned to a building or a series of cabins, while female campers will have a similar scenario but elsewhere on the campground. As much as it might be tempting to visit the dorms of the opposite gender to scare them, flirt with them, or even spy on them, this is a serious breach of camp rules and of the privacy of your fellow campers.

Horseplay Is Generally A Bad Idea

You might be tempted to engage in some horseplay at summer camp, including with members of the opposite sex. Perhaps as a result of hormones, many campers will flirt with other campers under the guise of horseplay — a male camper might throw a female camper into the swimming pool, a female camper might steal a male camper's underwear off his clothesline and then let him wrestle her for it, and so on. These activities can be fun, childhood pranks — but they can also make your feel campers feel uncomfortable. You want to ensure that all of your peers enjoy their summer camp experience, so stay away from horseplay and unwanted contact.

Summer camp isn't just about having fun — you'll also have a series of responsibilities to perform each day. Make sure that you're fully aware of this list and that you execute it fully. Failing to do so won't only have your counselors on your case, but you may alienate yourself from your fellow campers who may have to pick up the slack because you're not carrying your weight. Keep in mind that daily tasks make up a small percentage of what you'll be doing each day at summer camp, and that getting everything done that you're asked to do is important. 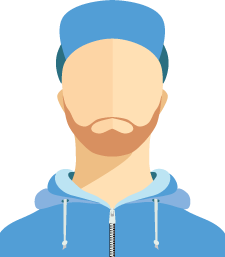 Is there one or two people in your family that just don't seem to enjoy camping? My two daughters really make it difficult to enjoy a few nights of camping because they just dreaded the thought of being out and away from the comforts of home. This last year, I took some time to look into ways to make camping more enjoyable for the girls that didn't enjoy it at all. I found some new activities, some tips to control the insects and a few supplies that made living in a tent for a few nights much more comfortable for them. This last trip, we all had a good time. Go to my site to find out how we made our girls comfortable and happy during a camping trip.